Getting to know your Denver Nuggets: Anthony Randolph

After Thursday's pregame shoot-around before the Timberwolves game I caught up with Anthony Randolph and he was kind enough to answer a whole bunch of questions not related to basketball.

Share All sharing options for: Getting to know your Denver Nuggets: Anthony Randolph

Anthony Erwin Randolph, Jr. was born in Germany as his parents were both in the military and is the oldest of three children (he has a younger sister and brother). He spent time as a kid living in Pasadena, California and he attended high school in Dallas, Texas.

He was a star at Woodrow Wilson High School, in Dallas, where he averaged 25 points and 12 rebounds and attended Louisiana State University (LSU) - where he continues to take classes working towards his degree. He turned pro after his freshman year and was the 14th overall pick of the Golden State Warriors in the 2008 NBA Draft. He has vast potential that makes scouts drool as he can wow with his athleticism on offense and defense and has been working on stretching the floor with his mid-range and long-range game.

After two up-and-down seasons with the Warriors, he was traded to the New York Knicks in 2010 as part of the deal that brought David Lee to Golden State. Randolph played in just 17 games for the Knicks and was one of 13 players involved in the Carmelo Anthony trade. He was sent to the Minnesota Timberwolves along with Eddy Curry and a future second round draft pick from the Nuggets. Minnesota traded Kosta Koufos to the Nuggets and Corey Brewer to the Knicks in that same deal. Brewer is, of course, now a Nugget as well. Randolph signed a three year deal with the Nuggets this past off-season and was spotted with Masai Ujiri at Summer League in Las Vegas just before he inked his contract.

Would you rather dress up and go out on the town or dress down and stay in?

Anthony Randolph, "Dress up and go out on the town."

Who is your favorite actor(s)?

How about favorite movies for each actor?

AR, "He Got Game [for Washington]. And for Forrest Whittaker, The Last King of Scotland."

The one-on-one scene from He Got Game.

Who is your favorite actress?

AR, "I like all the Spanish actresses. All the bad [touch] ones."

How about a favorite movie of any of those actresses?

Have you seen Savages? Salma Hayek played a pretty bad chick in that.

(Note: Randolph is just 23 years old and Hayek is 46 years-old - I can still remember Hayek in the 1996 film Dusk Till Dawn - but I'm seven years older than Randolph.)

What are your favorite exercises in the weight room?

AR, "Probably bench press, curls, and stuff for your chest."

What is something you didn't know about Colorado until you got here?

It's not bad right? People think it just snows here all the time.

AR, "It has been a little cold lately, but it's not too bad."

What's on your iPod right now?

(You can actually download Wale's new mixtape "Folarin" for free courtesy of XXL Magazine by following this link.)

Do you have a favorite food?

Do you have a place you go to get that in Colorado? 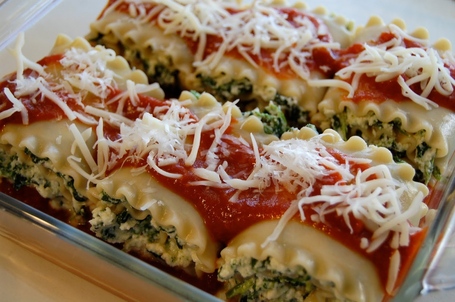 How about a favorite dessert?

Is that how you stay so lean?

What do you like to do off the court for fun?

AR, "Bowling and chilling with friends."

Who are you closest with on the team?

What's your high score in bowling?

Who was your favorite athlete(s) growing up?

Are you still a Cowboys fan?

It's a little rough that they are not in the playoffs right?

AR, "Hopefully we'll get it together one of these years. We got the talent."

A big thank you to Mr. Randolph for taking the time to answer my questions. Do you have a question you would like to see me add to this series? Leave them in the comments section or email me at the below address.

In case you missed it - here is the Getting to know your Denver Nuggets: Jordan Hamilton piece.