The Denver Nuggets faced elimination in the bubble once again against the Utah Jazz. After winning a thrilling game 5, the Nuggets got a boost in game 6 with the return of Gary Harris. He gave them the defensive energy they needed to control the game early and often. Jamal Murray was fantastic once again, as was Donovan Mitchell on the Jazz side. They dueled down the stretch as always but the Nuggets got more from their supporting cast, including a quiet twenty two point nine assist effort from Nikola Jokic, and held on to force the all deciding game 7. Nuggets win 119-107.

The Nuggets forwards hit threes early on while Mitchell was hot for Utah. The Jazz in general were hot in fact, hitting their first seven shots. Denver’s offense meanwhile was a bit clunky to start and they fell behind but kept it to a single digit deficit. Jordan Clarkson checked in and got a couple buckets while the Nuggets struggled to string together buckets on their end. By the time the Nuggets bench started coming in, including Harris, the Jazz lead was at ten. Denver fought back to get it within five with the quarter winding down. Murray was the main catalyst for the offense at the end of the quarter and kept the Nuggets in that half dozen range. The first quarter ended with the Jazz leading 36-30.

Murray picked up right where he left off and scored the first five points of the second quarter to pull the Nuggets within one. The addition of Harris paid dividends early in the second with him checking Clarkson and Torrey Craig checking Mitchell and successfully bottling up the Utah attack. Harris went back to the bench at the six minute mark after a nice sequence bottling up Mitchell twice and finishing a tough layup to put Denver up five. Murray came back in and didn’t show any signs of slowing down. He made a particularly fancy play weaving through the Utah defense to get a finger roll layup and force a Jazz timeout. He stayed hot down the stretch as the Nuggets lead grew to ten. Denver’s offense stalled in the final minutes of the half which let Utah get back within five when the halftime buzzer sounded.

Both teams started out cold on offense to start the second half. Monte Morris finally opened the scoring with a pair of free throws nearly two minutes in. Denver’s starters got a little sloppy and their energy was mediocre but Utah couldn’t make them pay and the Nuggets kept holding on to a small lead. Utah kept creeping closer and the Nuggets energy was still a bit lacking which forced Michael Malone to take a timeout when Mitchell hit a transition three to cut the Denver lead to one. Jerami Grant had a good run and was playing well near the halfway mark of the quarter, he buried a three to get Denver back up by five. Mitchell was the only offense to speak of for Utah but it was almost enough on its own. He took a rest for the final minutes of the quarter while Murray was back in and making the most of it. He led an 11-3 run to close out the quarter which gave Denver a nine point lead heading into the fourth.

Don't forget about the playmaking pic.twitter.com/spN2zppywW

The Jazz once again struggled on offense out of the break which made up for a lot of bricks on Denver’s end while the lead stayed at nine. Finally Murray knocked down a three, which offset a Mike Conley three but Mitchell was up to the task again on the other end and it looked like the game was headed to another slug it out finish. The advantage the Nuggets had was in addition to Murray other guys were contributing on offense whereas the Jazz had devolved strictly into a one man show. Mitchell had to work so hard to get every basket and Murray had the answer. With under four to go the Nuggets lead was right around ten. You knew the Blue Arrow was feeling it when he had two teammates wide open under the basket on a break and instead elected to bury a transition pull up three. Despite the fact that he was unconscious, Mitchell was too and kept Utah just barely within striking distance down nine with a minute to go. Murray proceeded to bury another three on his way to another 50 point performance and effectively slammed the door shut. The Nuggets out duel the Jazz and wrap up game six 119-107.

(But you also can't hope to contain him... ‍♂️) pic.twitter.com/TqhBKq8eVm 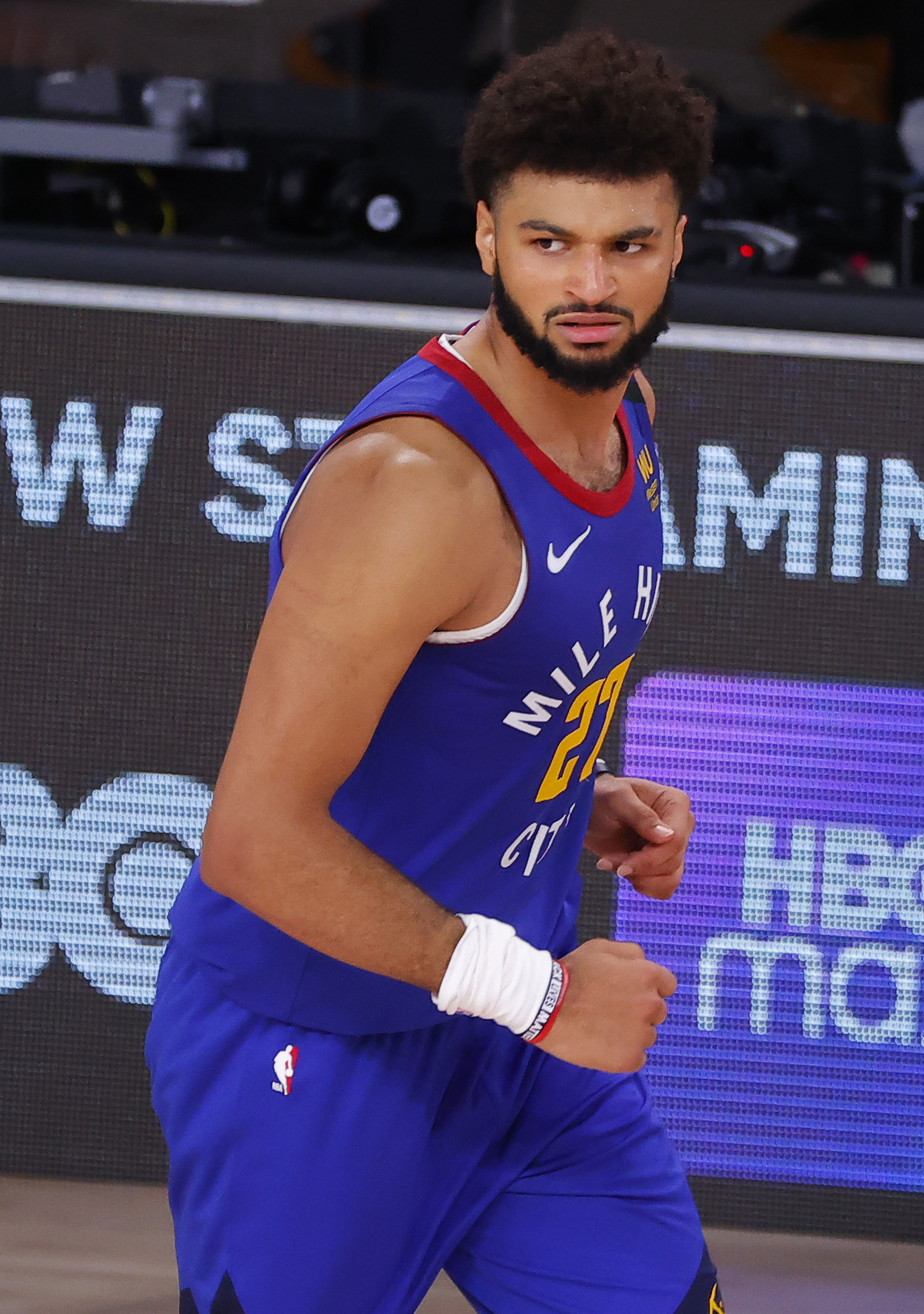 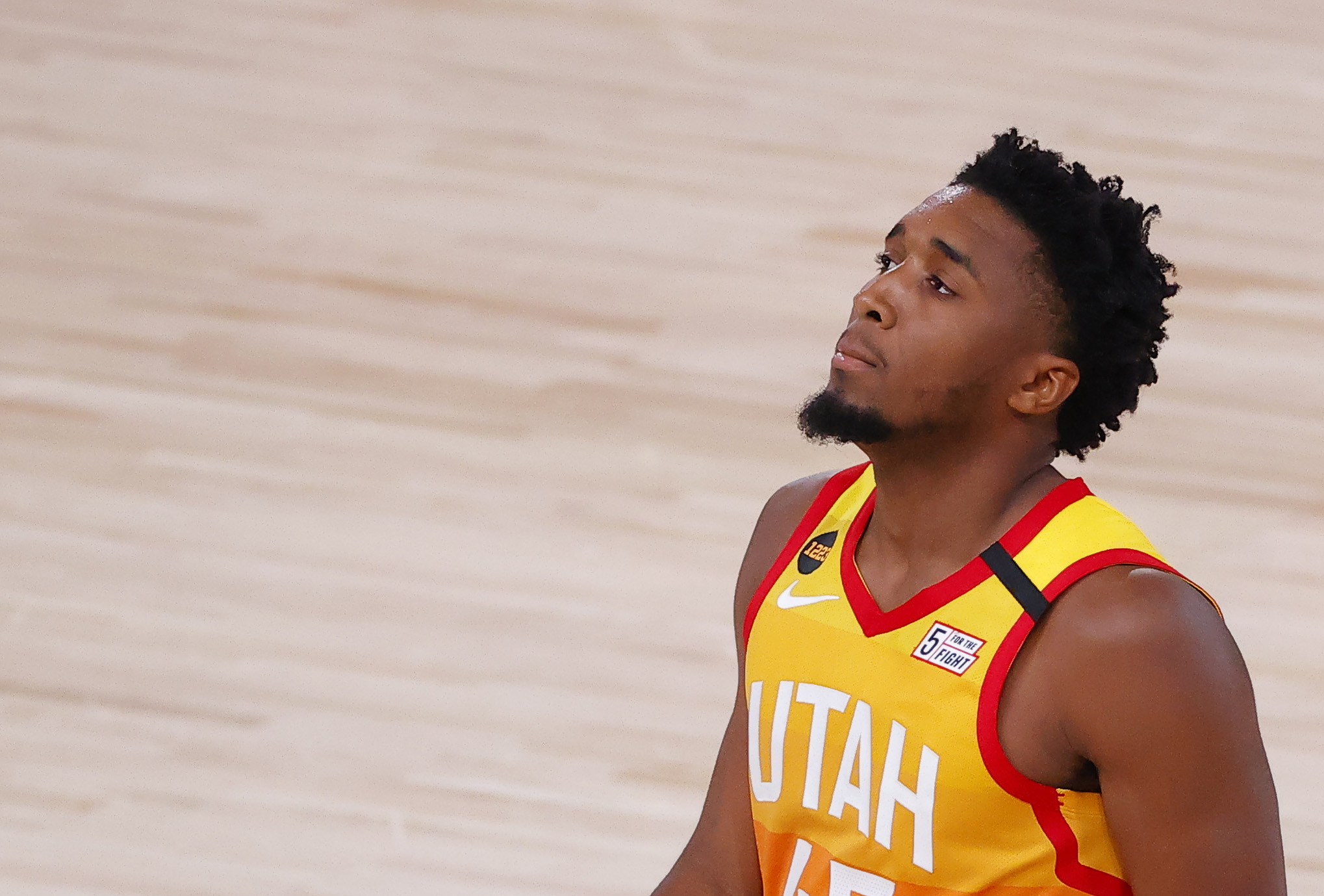 It’s just a given that this is going to be the best matchup in every game and I expect game 7 to be no different. Once again Murray put the team on his shoulders and carried them to the victory. It’s not hyperbole at all to say he has done that for every single win the Nuggets have in this series. His fifty points eclipsed Mitchell’s forty-four who just didn’t get quite as much support from his teammates as Murray did. The Murray/Mitchell duel has hands down been the best show of the first round across the entire NBA. I can’t wait to see what these guys have in store for game 7.

Main thing I noticed: Gary Harris was a difference maker

Harris made a huge difference in just twenty-one minutes tonight. His contributions won’t show up in the box score (well, maybe a little with that +16) but they were unmistakable. With Harris available coach Malone is able to keep two tough perimeter defenders on the court at all times between Harris, Craig and Grant which means no matter when Quin Snyder brings Clarkson in the game to pair with Mitchell, or like tonight when Conley had his game going, the Nuggets always have two guys out there to throw at the Jazz’s perimeter scorers. Whether it was Clarkson or Mitchell, when they had Gary on them they struggled to get the blow bys that have been an Achilles heel for the Nuggets this series.

I’ll leave it to Jamal to finish up the recap tonight with the most important message.

A special human on and off the court.

“These shoes give me life.” pic.twitter.com/M4Rgj54HxU

And I will leave you with this link to the Colorado Voter Registration FAQ.

Next Up In NBA