Believe it or not, after just 17 games the Nuggets (12-5) are already 25.7% of the way through the 2011-12 season. If things were to end today, George Karl and his team would be the No. 2 seed out West and facing the Memphis Grizzlies in Round One of the playoffs. Let's take a look at how we're feeling about the individuals who make up this team ...

I think we have all come to love my love for terrible movies ... well, what better way to evaluate this team than by comparing individuals to some of my favorite films. I'll be breaking this up into three parts to run over the next three days. Let's see how this adventure turns out ... 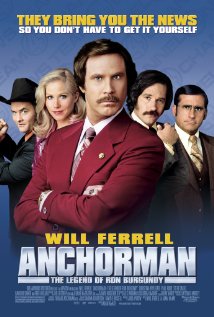 via ia.media-imdb.com
Nene is the Nuggets' Anchorman.

Nene Hilario: 13.4 points per game / 9.1 rebounds / 1.0 blocks - Anchorman, 2004
Nene remains Denver's best big man and most reliable post player on the offensive end. Like Ron Burgundy, Nene is the guy that the team has been rallying around in the post, but also like the movie ... many of the characters (Nene's teammates) have had their moments to shine, as well. While, Anchorman is starting to become a little dated by time, like Nene, it's still a classic and can bring you much joy. The Brazilian discussed wanting to be a better rebounder at his re-signing press conference and he hasn't disappointed. Nene has posted 8+ rebounds in nine of his 13 games and double-digit boards in four contests. 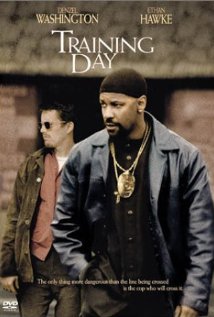 Timofey Mozgov: 5.6 points per game / 4.3 rebounds / 0.9 blocks - Training Day, 2001
Moz's up-and-down season reminds me quite a bit of Jake Hoyt's experience dealing with Alonzo Harris and his narcotics division. Learning the job (center) on the fly while being in the line of fire (players attacking the lane). Mozgov is only averaging 17.8 minutes per game this season, but unlike the movie ... George Karl is proving to be on Moz's team, and not trying to harm him like Alonzo did to Jake. When Moz averages 6+ shots per game, he averages 9.1 ppg ... the problem, he has only done so six times this season. I am liking how Moz's teammates are looking for him more and getting him involved with the offense. He has shown an ability to finish on the fast-break, has some nice post moves, and can hit jumpers out to 17-feet with ease. I love watching Moz progress and I love the movie Training Day! 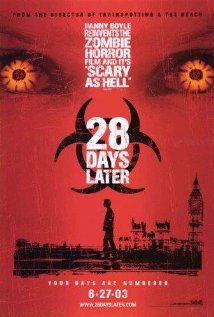 via ia.media-imdb.com
Kosta Koufos' season hasn't been a horror show.

Kosta Koufos: 3.5 points per game / 3.6 rebounds / 0.5 blocks - 28 Days Later, 2002
While Koufos' game doesn't resemble a horror movie, his playing time sure does. K2, as he's known, has recorded six Did Not Play - Coach's Decisions this season, yet he has also played more than 15-minutes a game in four contests. When Koufos gets more than 15-minutes per game he's averaging 7 points and 7 rebounds, but for some reason his minutes are inconsistent and that confuses and frustrates many in Nuggets Nation. Like Mozgov, Koufos has some nice post moves and soft touch around the rim, but he also is a black-hole in the post and likes to shoot every time he touches the ball (the anti-Nene if you will). He has been a bit soft taking the ball to the rim at times and this has resulted in getting his shot blocked on more than one occasion. Like the title suggests, we may see Koufos in the rotation again, especially with Chris Andersen's decline, but let's hope it doesn't take four weeks! 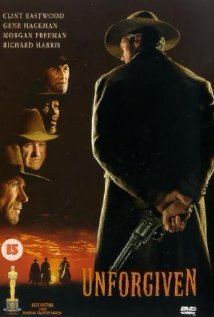 Chris Andersen: 4.5 points per game / 4.1 rebounds / 1.0 blocks - Unforgiven, 1992
The Birdman has seen better days, just like Will Munny. For years, Birdman has relied on his athleticism and conditioning to turn him into one of the best energy players off the bench. The 33 year-old Bird has seen some of what made him a unique player begin to disappear on him. Munny, the old gun-fighter found that his better days were behind him, but he had to "dig in" one last time and rely on his old instincts to see him through one last fight. Andersen finds himself the old man among the Denver big men and is trying to figure out a way to stay in Karl's rotation. Bird has played less than 10 minutes eight times in 17 games and has recorded two DNP-CDs. The Bird has had a few turn back the clock games this season; like his 12 points and 9 rebounds against the Lakers, 9 points, 6 rebounds, and 2 blocks against the Nets, and his 8 point effort against the 76ers where his second quarter helped the Nuggets get back into that game. The Nuggets are 3-0 in those contests, but the Birdman of old is starting to look more like the old Munny, but never count out an old gun-fighter.

The wrap: The Denver big men have been big reasons for some Denver wins and yet the playing time of Mozgov, Koufos, and Birdman have been inconsistent at best. Moz has been the man getting the trust of Karl as the season wears on and it has a lot to do with the fact that Moz is at least on the floor to start games. The Nuggets have relied on Nene in the middle more than I would like, but it has led to a 12-5 record.

The depth of the Nuggets was supposed to be a huge factor this season, and for the guards and forwards they have seen ample playing time. When Nene has been able to play (13 of 17 games) he has played quite a bit, averaging 31.2 minutes per game - more than last season's 30.5 mpg - and could wear down as this grueling season progresses. A nagging heel injury has plagued Nene this season and it likely wont just magically go away. Even though the Nuggets like to play small, at some point they will need Nene, Mozgov, Koufos, and Andersen more than they are being used now.

My confidence in Nene is as high as it has ever been. Mozgov's progression might seem slow to some, but learning to play in the NBA for a big guy isn't an easy task. Moz is showing signs of being a solid contributor to the team and looks to be coming along nicely. Koufos needs more playing time to get the kinks worked out of his game, but it's hard to give bigger minutes to a young guy when the team is looking like a top seed out West. Andersen has the trust of his coach, but it is fading a bit. Karl likes to play small-ball and this group is most effected by that, but the Denver big men have been solid.