You never know who's going to show up at STIFFS NIGHT OUT!

Share All sharing options for: You never know who's going to show up at STIFFS NIGHT OUT! 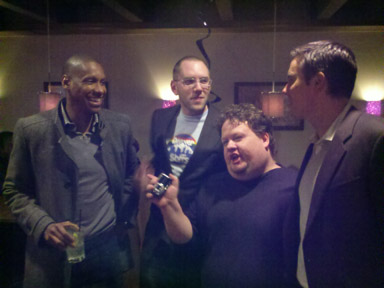 (Yours truly hangs out with Masai Ujiri, Jeff Morton and Josh Kroenke)

When you're the owner of the team that your fans support, it's hard to call you a party crasher. But that's exactly what Nuggets owner/president Josh Kroenke and vice president of basketball operations Masai Ujiri did at last night's STIFFS NIGHT OUT. And other than watching the Nuggets lose in heartbreaking fashion, it was a memorable night!

And then - unannounced - Josh Kroenke and Masai Ujiri walked through the door.

When I bumped into Josh and Masai at Pepsi Center before Thursday night's game, I had invited them both to come to the party. At the time, they said they appreciated the invite but probably wouldn't be able to make it. So when they showed up, I was as surprised as anyone.

After I thanked the great readers of Denver Stiffs for supporting this site and coming to the event, Josh and Masai each took the microphone and thanked Nuggets fans everywhere for their support through the Carmelo Anthony trade saga. They also stuck around for photos and talks with the fans, most of whom seemed awstruck that their favorite team's owner and GM would actually show up to an event like this.

Prior to Friday's party, I received a number of emails from Nuggets fans telling me that Josh introduced himself at the Blue Sky Grill on Thursday night, listened to questions, engaged with the fans, etc. Josh - and Masai - are engaging with Nuggets fans in a way that's almost unprecedented among NBA ownership. How many NBA owners and GMs really care about what the fans think?

While Josh and Masai were there, legendary radio personality Sandy Clough took the microphone and led us in another round of trivia...this time it was Carmelo Trivia and the prizes were Chauncey Billups' jerseys (I thought that was a fitting tribute to Melo's departure). The three questions were 1) Name the starting lineup in Carmelo Anthony's first game, 2) Against what team did Carmelo Anthony nail his first game-winner? and, 3) What is Carmelo Anthony's career high and against what team did he do it (which is sort of a trick question)?

Most unfortunately, we couldn't deliver a Nuggets victory. But it was a blast having a full collection of Stiffs plus many of Denver's best known sports media personalities on site watching the game together. I owe everyone who came a tremendous thanks and look forward to the next STIFFS NIGHT OUT before the season is over!

Back to Josh and Masai's cameo appearance, I believe they both represent a new generation of NBA ownership and management, akin to what Mark Cuban did in Dallas 10 or so years ago, that recognize fans as the heart and soul of a sports enterprise. Maybe it's because they're younger. Maybe it's because they're smarter. Or both. But gestures of engagement like this go a very, very long way with the fans.

As I've long written, I want an organization that cares more about the outcome of the games than I do. And if this week has shown us anything, Josh and Masai certainly do. 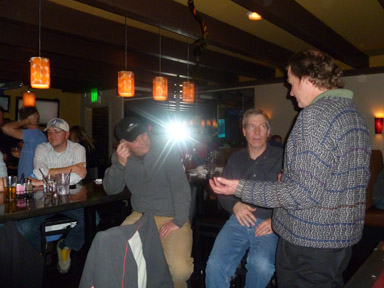 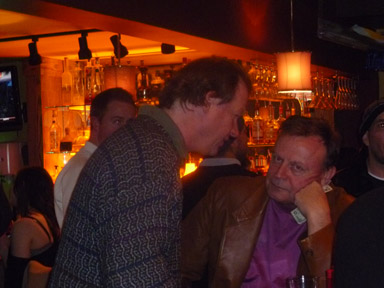 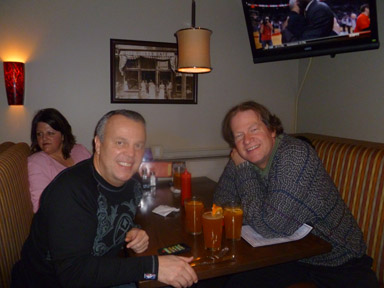 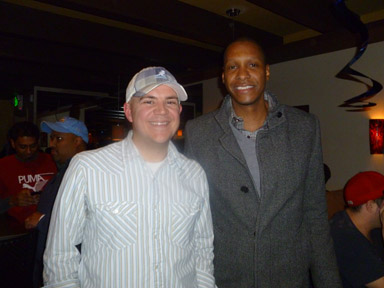 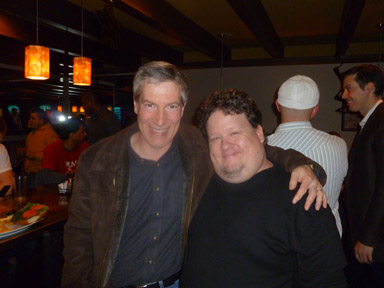 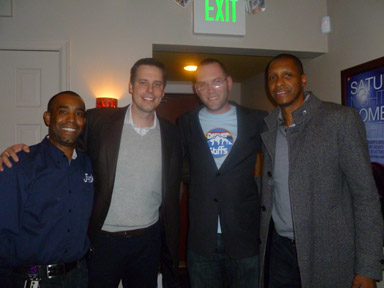