In the first installment of the movies The Fast and the Furious (yep...again) the first street race between the young Brian O'Conner and veteran Dominic Toretto ends with Toretto winning because O'Conner used his nitrous oxide system boost (NOS) too early and the veteran Toretto took advantage ... using his NOS at just the right time. The Nuggets beat the Thunder tonight (98-94) in that exact manner.

If you have no clue what I'm talking about with my movie reference then please check out this clip and fast forward it to about the 1:30 mark and watch Paul Walker blow by Vin Diesel only to have the savvy Diesel keep his cool and kick his ride into gear at the right time. Just click that link ... it works perfect for tonight's game ... trust me!

The younger and less rested home team had the Nuggets right where they wanted them, but they just used up all their juice a bit too early. As I was watching the game I did what I usually do ... track the end of the quarters. Here is how they broke down:

From what I tracked above the Nuggets finished the quarters worse overall than the Thunder (19-16), but Denver did what they had to do at the end of the game, when it mattered, to win the season series against the Thunder 3-1 and to also remain very much alive for the second seed in the Western Conference. And with the Utah Jazz losing to the Houston Rockets tonight the Nuggets are  back in control of the Northwest Division.

I was exchanging texts with a few buddies, including Andrew and let's just say that nobody was feeling too optimistic about Denver's chances of winning tonight during the awful end of the third quarter and the horrific start to the fourth.

I'm sure many of you were keeping track at home, but in the third quarter with the game tied 73-73 the Nuggets went on one crazy dry spell, it was getting to the point that I was recommending Denver call an escort service or something ... wait, what?

From the 2:35 mark of the third quarter when Melo sank two foul shots to give the Nuggets 73 points ... Denver did not score again until J.R. Smith hit the only the second of two free throw attempts at the 9:48 mark of the fourth quarter (fittingly missing his first attempt). I went into a major funk during that dry spell as well ... I turned the sound off on the Oklahoma City announcers, sent plenty of doomsday texts, split screened my computer and began to title the recap in a very negative light as the Thunder kept rolling from their 20-6 run to end the third quarter.

The Nuggets found themselves down by 13 points (89-76) with 7:20 left in the game when suddenly things turned around. The Nuggets went a quick 10-0 run thanks to Billups' 5 points, Melo's jumper and J.R. Smith's And1 layup. Billups' 13 fourth quarter points were remarkable and saved the Nuggets and perhaps their season.

Nene's dunk to tie the game 94-94 provoked my boy Rory to ask for the 6,492 time why he doesn't do that more often. Will we ever know? The best I can come up with ... when I play ball I like to launch three-pointers and drive a little bit, but when I get upset I finally start going to the rack with some authority and perhaps Nene just has to really get fired up to get his ass in beast mode.

From there the Nuggets two closers iced the game with free throws as Billups sank two followed by Melo's daggers to put the Thunder away and leave the Nuggets again just two points shy of Malik Allen's namesake (...TACOS!). There is no way the Thunder should have lost this game, but I wont say Denver stole it as much as they just turned on their NOS at the right time.

As much as Brian O'Conner was stunned that he lost the race to the veteran Toretto, he wound up with a pretty good prize in Mia Toretto (Jordana Brewster) ... meaning losing isn't always losing. As the Thunder play more close games against veteran teams, the more they will learn how to win and handle themselves in those types of game (just like the Nuggets). 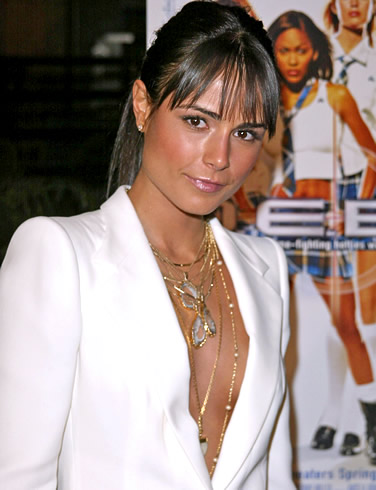 The Nuggets sit at 51-27 and in third place in the Western Conference ... bring on the Lakers ... game starts tomorrow night at 8:30 p.m. on TNT. Hopefully the late start will help the Nuggets get a little rest and maybe Dantley can be introduced to Lawson before tipoff ...