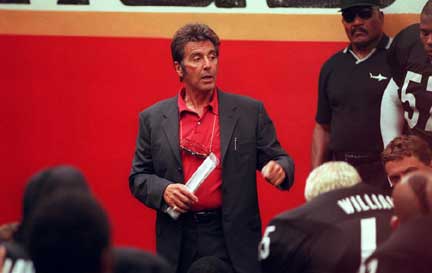 Heading into the first round of these 2010 NBA playoffs we all knew there were not going to be any walk-in-the-park series in the Western Conference. So far we've gotten all we could ask for and so have the Denver Nuggets. Tonight's pivotal Game 4 could decide this series between the Jazz and Nuggets. What type of fight does Denver have in them?

There isn't really much to say about this game that we are all not thinking in our heads. Tonight's game will show us what kind of fight and desire to win the Nuggets have. The season comes down to tonight's game ...

It may be cheesy, but for some reason I love watching the following clip from Any Given Sunday to get me fired up to watch an epic game and tonight's game is paramount not only to this Nuggets team, but to the franchise. If Denver loses this game they will be facing a major uphill climb to win the series ... not an impossible one, but pretty close. And if Denver loses this series thequestion that will be asked this offseason: How open is the current roster's window for a championship? If the front office believes it's closed we could be facing some major changes to our Nuggets team.

So tonight's game will decide a lot more than just who wins and who loses ...

Take it away Mr. Pacino.