With any great list, and I'd like to think my lists are great, there are those that don't quite make the cut, but are still good enough to warrent your attention ... just ask undrafted players Wesley Matthews and Gary Forbes and draft picks that slipped for no reason like Roy Hibbert and Ty Lawson.

The three books that merit a read, but didn't make my list ...

The basis: Pretty self-explanatory by the subtitle, but this book delves into a bit of the front office decisions behind such picks like the famous Sam Bowie/Michael Jordan dilemma and the John Stockton and Charles Barkley quandaries.

Reason I liked it: Again, I loved knowing some of the thinking that went into the decisions behind the picks and getting a nice background behind some of the most famous basketball players to ever lace 'em up. 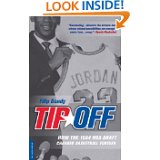 The basis: Just as the subtitle says, this book is all about the ABA and gives great background to tons of stuff I really knew nothing about. The funny part about this book ... it doesn't make Will Ferrell's Semi-Pro movie look so wacky or seem unbelievable.

Reason I liked it: The book is put together by Pluto ... not really written by him. The book is basically interviews by players, owners, and front office guys who were all a part of the ABA. There are a lot of stories in the book from former Nuggets coaches Doug Moe and Larry Brown and some excellent tidbits about the Denver Rockets/Nuggets as well. 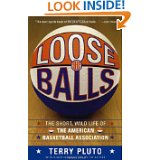 The film Semi-Pro could have happened.

Reason I liked it: On the 0% chance that I ever made an NBA roster, I would most likely be a "Paul Shirley" and not a "Carmelo Anthony" ... except I'm not 6'10'' like Shirley. But reading about his experience really makes you wonder how the guys on the end of the bench keep their sanity and makes you appreciate how hard they have to work to taste their dream ... even though they spend most of their time on the bench like Renaldo Balkman. 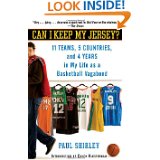 The story of the bench warmers.

The basis: McCallum gets a sequal of sorts to his book I referenced above Unfinished Business, this time his with the Suns and you get all the great access, once again, to all the behind-the-scenes action surrounding an NBA team.

Reason I liked it: I think I enjoyed this book just a bit more than McCallum's book about the Celtics because I remember watching that Suns team a lot more than the Celtics one. Also, I just didn't understand why such a fun and exciting team split up and wanted some answers. While we don't get all the answers to why the Suns didn't work, we do get a good sense of some key players that are still playing in the NBA today. 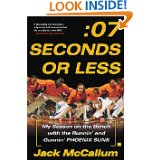 Shawn Marion is a weird dude.

The basis: This book follows the careers of local Coney Island basketball stars Russell Thomas, Tchaka Shipp, Corey Johnson, and Stephon Marbury and the paperback includes a Afterword from 12 years since the book was written. This book wound up being more about disappointment than anything else, but it was a great read about four guys trying to figure it all out.

Reason I liked it: Gotta admit, got a little dusty at points in this book. Could easily be a movie and just a very well written look at kids before their dreams are realized, but they are already being treated, at times, like stars. 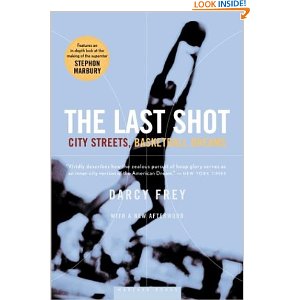 If you buy one book on this list ... consider this one.

3.) David Halberstam's 1981 book, The Breaks of the Game: The world of professional basketball--the players, the coaches and the owners, the money, the media and the fans, the pain, pressure and sweetness of one long hard season with the Portland Trail Blazers

The basis: Just go head and read the subtitle again. This book focuses on the 1979-80 season with the Portland Trail Blazers, but jumps around in time when discussing individual players. Halberstam is a brilliant man and a great writer ... this book is a bit much for the average reader, but well worth it.

Reason I liked it: Halberstam, again, is just a fantastic writer and does a great job talking about basketball in a way that reads more like something of historical significance than just a book. A must read for any basketball fan ... if only to say that you've read it. 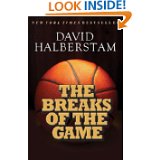 It's the Blazers, but it's good!

2.) David Halberstam's 1999 book, Playing for Keeps: Michael Jordan & the World He Made

The basis: Everything you'd ever want to know about Michael Jordan, his Chicago Bulls teams and teammates ... up until 1998 that is. The book delves into Jordan's childhood, his college days, and his time of course with the Bulls. There are so many great interviews and great insight from Mr. Halberstam once again.

Reason I liked it: There are just so many great little Jordan stories in here. I grew up in the Jordan era and he was the biggest star around, so this book just gave me all I could want about a player that was just facinating and helped me fall in love with the game of basketball. 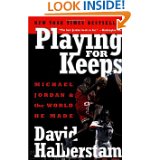 The king of the NBA.

The basis: So much basketball information that your head might explode. The greatest player countdown, basketball "What Ifs", and just awesome insight (thanks to many sources) into the best game on the planet.

Reason I liked it: Like most of Simmons' stuff, just a book that reads like a conversation with your buddies. This book uses so many sources it can lead you to different books and movies, and with 697 pages (hard cover) you get a great overall look at the NBA. 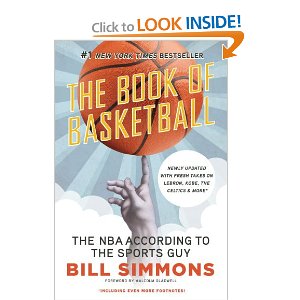 Just as I encouraged you all to do with my movies list ... feel free to argue, add your own books or lists, and maybe go out and pick up a new book. I look forward to a couple suggestions from you all and hope I can get at least one of you to pick up something new to read yourselves or to give to someone for the upcoming holidays.