The Nuggets will have an opportunity to close out the series tonight in Dallas. But the Mavericks are not going to go down quietly and the Nuggets know that.

From Benjamin Hochman's article in the Denver Post today.

"I'm sure there are going to be moments early in the game where they're going to have tremendous toughness and intensity," Nuggets coach George Karl said at Denver's morning shootaround.

"You're at a stage in the series where everybody knows each other pretty well. There's going to be a lot of adjustments in the game, depending on who gets hot and who doesn't."

The Nuggets have a slew of adjustments to make after the Mavericks played their finest game of the series on Saturday. 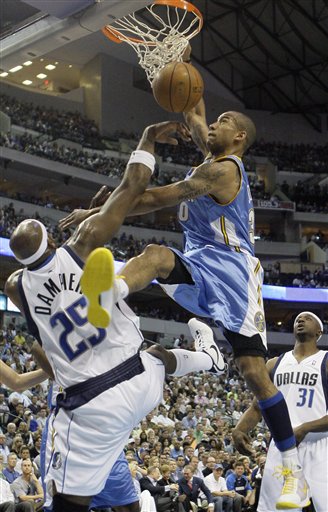 I expect an epic game tonight. The Mavs, again, are a proud team and a good team. The building should be on fire tonight in Big D and the Nuggets will have to earn every bucket they get tonight.

Dirk has been a killer in this series averaging 32 points per game off 52.5% shooting ... does this guy ever have an off night? I don't expect him to have one this evening with his team's season on the line.

Conversely, the Nuggets have Melo and Billups just for these kind of games and don't sleep on J.R. Smith.