*Note: TPM™ will return next season with in-game analysis, baring another condensed season. Thanks for reading! 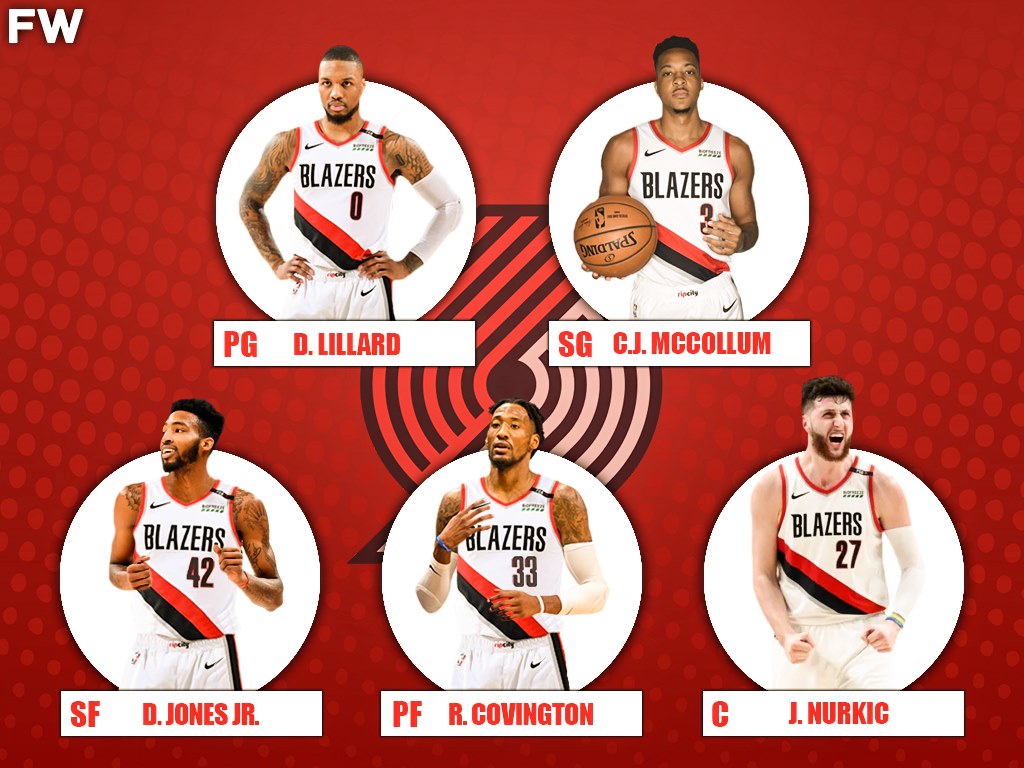 Nuggets vs Blazers III: "Fuck Portland! Fuck the L's! Fuck defeatists on Twitter! Put A Bird On It!"

If you are viewing the pre-game version of the TPM piece and you enjoy gonzo-basketball reporting, I invite you to please join me after the game where the same link will lead you to the post-game version. In it, all of the disjointed/unsightly blanks below will be filled, complete with data/analysis and more snark than "Snarknado VI: Snakenado", which I'm told is about a pessimistic, albino, black mamba who emerges from micro-bursts to torment the people of Los Angeles with shady tweets.

Got it? Or as the immortal Syd Barrett might say, "Have you got it yet?"

I've also recently made a compilation of all of Pink Floyd's essential studio works, including solo projects of all five members, all in chronological order from '65-2017 which you can check out here.

And now what none of you come here for; how about some basketball nerdery?!?!

(After these messages... Er Nicknames)

Re-up: Yes I'm aware that trades/acquisitions may have been made and the above roster and or coach for the opposing team may be inaccurate. Hopefully you are aware that the fan-post format isn't equipped to make adjustments to the above template, so it often results in entire pieces being destroyed and or hours of work being lost. Simply put, it's not worth the additional effort/risk to change once the Nuggets have faced an opponent once. No disrespect intended. Tune in next season and I assure you the first time Denver plays your team, the roster will be up to date.

Re-re-up: Data only for the time being. 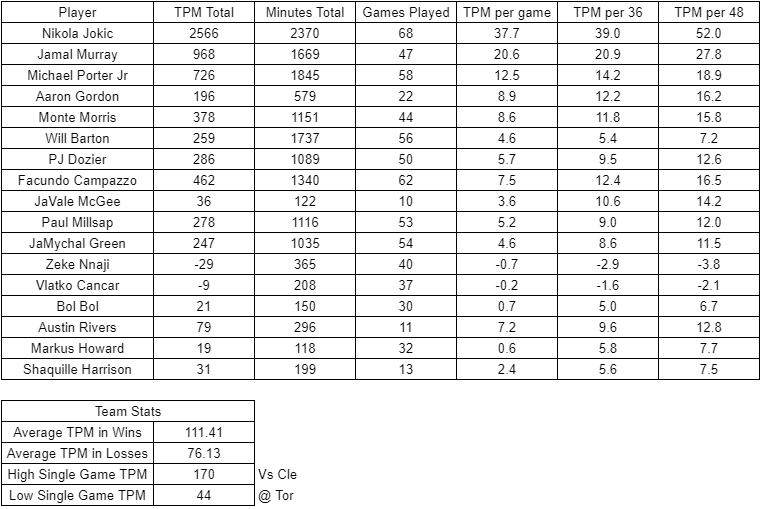 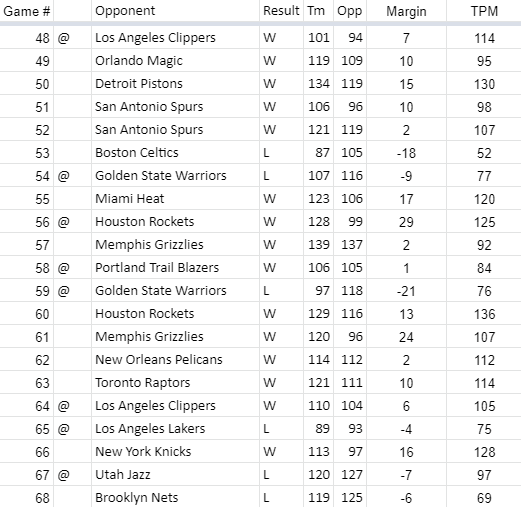 *Credit DomP on the Spreadsheet. It's as if my (nerdy) baby (TPM™) learned to speak

Sure I like statistics; ever since I was a child collecting sports cards and later a pre-teen who ran pre-internet fantasy sports leagues on ink/paper/spreadsheet for the four major US pro-leagues, I've been fascinated by box-score stats but I'm by no means an expert.

I created TPM (which has been around longer than RPM incidentally and unlike them, I fully disclose my non-proprietary system and I contextualize the action rather than being a boring, mysterious, predictive metric) because it does add immediate and accessible context to what we see and what the numbers indicate, which I like.

Now I'm a 44 year old man who was born during the season in which the team I love joined the NBA. I happen to have a lifetime of experience with this sport in several different capacities, including playing (highly underrated within the writing community) so I understand basketball theory in a way most (by no means all) pundits do not.

I was in this case interested in a data-driven approach, which if I'm honest has sapped nearly all fun out of taking in games for me. I get very few days/nights off during the season. One piece requires several hours of research and data entry and all tracking/analysis is done in real time and published mere moments after each game's completion, 82 times per year.