After practice today at Pepsi Center, the coaches and players took to the main floor to meet up with the Special Olympics Colorado Basketballers for a skills camp. 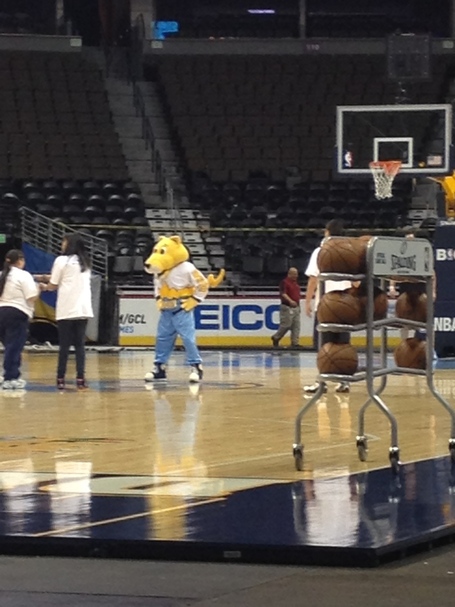 Today's event got started with Rocky showing the hoopers and then letting the hoopers take his famous backwards-halfcourt-shot. There were a few folks who almost made the shot! The in-game voice of the Nuggets -- Kyle Speller - was MC-ing the event and really got the participants fired up. 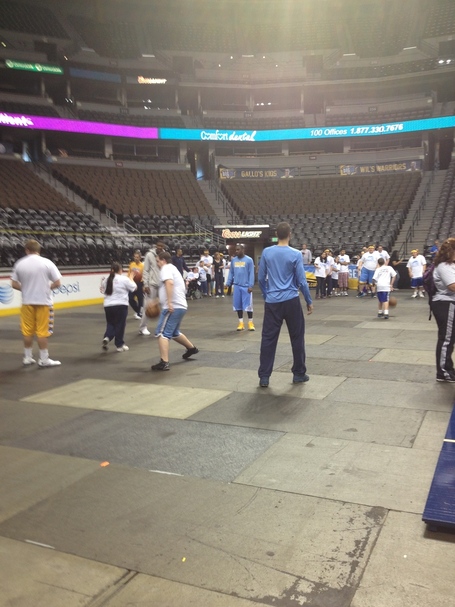 I don't have a shot of him here, but once again assistant coach John Welch stole the show for the ball-handling skills portion of the day. Welch gets right in there and really makes the campers work! Ty Lawson, Andre Miller, Evan Fournier, and Julyan Stone helped out as well and the players enjoyed working with some of their favorite Nuggets. 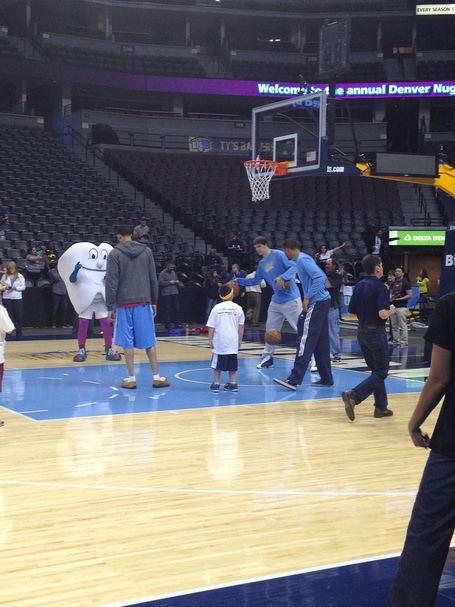 The Comfort Dental tooth had JaVale McGee a little distracted it looks like. McGee, Timofey Mozgov, and Anthony Randolph had the players rebounding and putting up layups. One of the best things I saw today - one of the Special Olympians was in a wheelchair and couldn't quite fire the ball all the way to the rim, so he instead fired a pass to Mozgov and Mozzy threw it down with authority! It put a big smile of the young man's face and was cool to see. 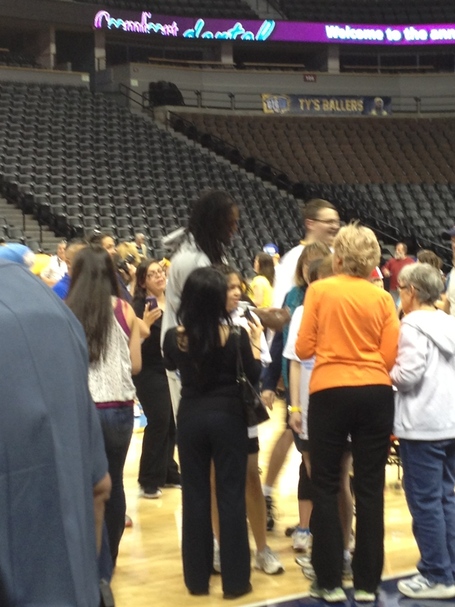 After the camp was over, the Nuggets hung out with the hoopers and their families to sign autographs, take photos, dish out high-fives, and some hugs too. Kenneth Faried is pictured above and was a popular autograph seeker.

I would have to say that Corey Brewer gets my vote for best coach of the day. Brewer was throwing down some big dunks off some nice passes and cheering folks on with celebration dances after made baskets. Assistant coach Melvin Hunt also got in a little dance-off with a player - great stuff all around.

It's awesome to see events like this take place. A few hours went a long way to brighten a lot of days - mine included. I even got to sign my first official autograph on Sarah's basketball. I couldn't help but to think that I devalued that ball, but I couldn't say no and Sarah's dad assured me that she did indeed want an autograph from everyone.

With the Special Olympics, everyone is a part of the group.