Bring Back Birdman - The Petition

Share All sharing options for: Bring Back Birdman - The Petition

You want your voice to be heard? Do you want to be part of the reason why Chris "Birdman" Anderson re-signs in Denver next season?

Well I do. And Andrew at Denver Stiffs does too. And I want everyone who is a fan of the Bird and the Denver Nuggets to voice their opinion and get involved.

Andrew over at Denver Stiffs has started a petition to bring back the Birdman next season. His case is simple because if you have been watching the Nuggets you already know how important and how valuable the Bird has been this season.

As you may or may not know, Anderson will be an unrestricted free agent in the offseason after signing a one-year deal with the Nuggets last year. The Nuggets need to bring him back and you can have your say in that.

The goal is simple as Andrew states below:

Since I don't have a direct line into Nuggets owner Stanley Kroenke or the organization's upper management (yet), I've decided to start a petition titled BRING BACK BIRDMAN. The goal is pretty simple: I want to get as many signatures as possible before the Nuggets season is over (including the postseason) and then turn the list in to Vice President of Basketball Operations Mark Warkentien, Vice President of Player Personnel Rex Chapman, Vice President of Team Development Josh Kroenke, Advisor Bret Bearup and Director of Media Relations Eric Sebastian. IF we get enough signatures fast enough, I'll personally hand the list to as many of these guys as possible during one of the playoff games.

And this is a direct link to the petition here.

So, I urge you to get involved and let your voice be heard. Let's help Bring Birdman Back! 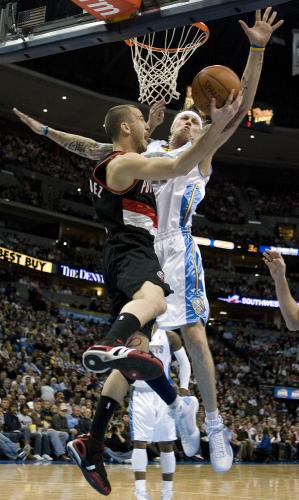