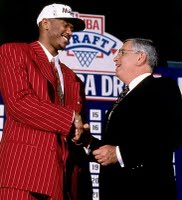 For last year's NBA Draft Preview in which the Nuggets were set to draft 20th overall (their first first round pick since 2005), I set forth a detailed set of rules for drafting late in the first round for the Nuggets to adhere to. All that work and research went to waste when the Nuggets jettisoned their first round pick to the Bobcats for a future first rounder. After the Nuggets made the trade, I accused management of being lazy as I've always believed - and still believe - that if you play your cards right, there are great steals to be had late in NBA Drafts. In hindsight, the trade was simply part of the Nuggets overall mission to get below the luxury tax threshold (a 20th pick costs about $1.3 million in their rookie season).

Well before the 2009 offseason began, and with pay raises on the horizon for Carmelo Anthony, Kenyon Martin, Nene, Chauncey Billups, Chucky Atkins and J.R. Smith for 2009-10, the Nuggets didn't even bother teasing us with almost drafting in the first round this upcoming Thursday. Instead, they shipped out their 2009 pick along with Atkins to the Thunder for Johan Petro many months ago.

So for the fourth consecutive draft, the Nuggets will be sitting on the sidelines in the first round. But - a ha! - we get to speculate about their second round pick, 34th overall.

Since the Nuggets season concluded, rumors have abounded that the organization is trying to move Steven Hunter and his (aghast!) $3.7 million contract along with this year's second round pick and/or a future draft pick to a willing taker. But until that actually happens, the Nuggets are scouting possible draftees who could be on the team's roster come opening day.

Like last year, I'll break down the Draft Preview into two posts. The first (i.e. the one you're hopefully still reading) will break down the rules for drafting 34th and the second post will serve up possible draftees based on those rules.

First off, let's do a brief overview of recent Nuggets second round picks...

2008: Without a second round pick last year, the Nuggets acquired Chicago draftee Sonny Weems in a complicated four-team deal that included the Trail Blazers and Knicks.

2006: The organization excited Nuggets fans everywhere by drafing Leon Powe with the 49th overall selection, and then broke our collective hearts when they promptly traded Powe to the Celtics (and as well as Powe has played in a Celtics uniform, he most unfortunately hasn't been able to escape the Nuggets power forward curse).

2005: Then Nuggets GM Kiki Vandeweghe drafted Axel Hervelle (who?!) 52nd overall. I had to look up who Hervelle was/is because I don't even remember that pick. And while you can't really criticize late second round picks too much, it should be noted that by drafting Hervelle, Kiki passed on both Amir Johnson and Marcin Gortat, violating my second round rules which will be outlined below.

2003: Kiki cements his resume as an expert in sniffing out second round Stiffs by drafting Sani Becirovic (again, who?!) 46th overall, passing on (I hope you're sitting down) Maurice "Mo" Williams, James Jones and Kyle Korver. 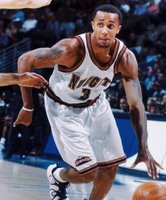 2002: With the 32nd overall pick, Kiki begins a trend of blowing second round selections by drafting Vincent Yarbrough two spots ahead of Carlos Boozer.

The jury is still out on Weems as well as the drafting acumen of the current Nuggets regime of Bret Bearup, Mark Warkentien and Rex Chapman because, well, they haven't really drafted anyone. But why did Vandeweghe bungle the second round so badly? Because he violated the three rules of drafting in the second round (several of which are similar to the rules for late first round selections outlined last summer)...

Rule #1: Draft a guy who contributed to meaningful wins at a major college.

Who falls to the second round? "Tweeners" (power forwards presumed to have NBA small forward height), "hybrid guards" (combo point and shooting guards, typically a shoot-first guard in a point guard's body), and streaky "one-dimensional" shooting guards. But if such a player learned how to win at the college level, chances are he could make a solid pro. Check out some of these recent solid second round picks that fit into those categories but played winning college basketball at major programs...

Granted, I have the benefit of hindsight and get to cherry pick the best second round steals of the decade. But if you look closely at the names above, you'll see that there are at least three or four solid second round picks per year who have one thing in common: they played at a winning college program - i.e. they knew what it's like to perform on a big stage with a multitude of off-the-court distractions, dealt with tough, demanding coaches and went up against NBA-calibre competition. So rather than draft an international player that you've only heard of, why not draft a proven winner? Which brings me to rule #2...

Rule #2: If you're going to go international, make sure you've seen the player play in person. 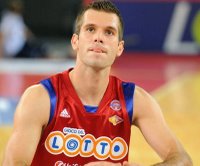 We as Nuggets fans know all too well how drafting international with limited information tends to work out. Given that Bernie Bickerstaff never bothered to work out Efthimios Renztias or ever watched him play before drafting him 23rd overall in 1996, or that Dan Issel only (allegedly) gave Mamadou N'Diaye a cursory look before drafting him 26th overall in 2000 (at least N'Diaye played some college ball in the US) or that Vandeweghe (again, allegedly) never worked out Tskitishvili against other potential draftees before drafting him fifth overall in 2002, my suspicion - with admittedly no confirmation - is that Vandeweghe never thoroughly worked out Hervelle and Becirovic, but rather those players were recommended to him by whatever international scouting apparatus the Nuggets had at the time.

Conversely, Scola (and his Argentine teammate Manu Ginobili before him), Okur, Songaila and Gasol had performed well on the grandest of international stages (both World Championships and Olympics), against NBA-calibre competition and in front of NBA GMs and scouts before being drafted by their respective teams. 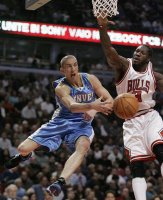 Rule #3: Put a premium on work ethic and character.

This is a carryover from last year's preview, but I'll reiterate what I said at the time. Which is at the end of the day, a draft-worthy college player with a tireless work ethic and solid character (like a Steve Blake) will figure out a way to be a productive NBA player, even if he's deemed "undersized" or "not the right fit" for his position by the draft pundits. The names listed above under Rule #1 bear this out.

With those rules in mind, before Thursday's draft we'll look at the players who might be available if/when the Nuggets draft 34th.