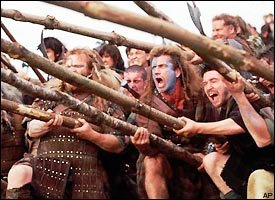 I don't have it in me to write another column begging Carmelo Anthony and J.R. Smith to take the ball to the rack, or for Nene to finish strong around the basket, or for Chauncey Billups to take care of the ball, or for George Karl to work the refs and use his timeouts throughout the game. We know how the Nuggets can and should beat the Lakers, and there's nothing more I can say about it that the Nuggets (in theory) don't already know themselves.

Instead of sounding like a broken record, I've decided to be more proactive and solicit some much needed outside help. Because while most non-NBA fans, Lakers fans, ESPN/ABC, the NBA, Nike, Vitamin Water and god only knows who else are desperately rooting for the Lakers to get to the NBA Finals, I strongly believe that true NBA fans - especially those in midsize or small Western Conference markets like Denver - want the Nuggets to win. A lot of them just don't know it yet.

With that said, below is the email I just sent to the bloggers and fans of teams who hate the Lakers as much or more than we do. I hope to rally as many true NBA fans as possible behind the Nuggets noble cause of appearing in their first ever NBA Finals...

It's been said that the enemy of my enemy is my friend.

And today - and through Sunday night only - I am seeking your friendship and rooting interest on behalf of my beloved Denver Nuggets. Because we desperately need your help. You see, as many of you have experienced in recent years, we are on the verge of being yet another small market franchise to be knocked out of the playoffs by the Evil Empire known as the Los Angeles Lakers.

I know rooting for the Nuggets may on the surface seem preposterous to you. Kings fans are upset with J.R. Smith disrespecting your team while attempting to set the NBA's three-pointers made record in a meaningless blowout. Blazers fans still can't believe they had to cede the division title to us even though we had identical records and split our head-to-head matchups. Timberwolves fans likely haven't gotten over Carmelo Anthony tying an NBA best record with 33 points in a quarter at your team's expense. And if you're that one remaining Clippers fan, you're probably still stewing over the two at-LA games you gave away to us (actually, who am I kidding? All you care about is Blake Griffin right now).

But if we can put our past disputes behind us I know we can unify around one thing: our mutual hatred of the Lakers and the NBA's insistence on getting them into the NBA Finals.

Before committing to our cause, pardon me while I get you riled up (playoff series record against the Lakers in the Kobe Bryant Era in bold)...

For Kings (0-3) fans: surely you remember the worst officiated game in NBA history - Game 6 of the 2002 Western Conference Finals - costing you your best chance of ever getting to the NBA Finals. The free throw disparity in that game? Lakers 40, Kings 25.

For Spurs (2-4) fans: with a chance to tie the Lakers at two games apiece in last year's semifinals, Mark Wunderlich swallows his whistle when Derek Fisher hammers Brent Barry on a final three-point attempt.

For Rockets (0-3) fans: instead of ragging on me and my cohorts this late into May, you're probably watching the Astros thanks to the Lakers running away with your conference finals appearance after giving you no respect throughout that series.

For Jazz (2-2) fans: even though you're the tougher, meaner team, the Lakers have taken you out of the postseason for two consecutive years.

For Timberwolves (0-2) fans: you finally break through to the conference finals in 2004 with a fun loving, hard working team only to go up against a lazy Lakers team that internally hated each other's guts but defeated you nonetheless. I don't think there's ever been a more undeserving NBA Finals participant than the 2003-04 Lakers.

For Trailblazers (0-5) fans: your most recent best chance of an NBA Finals bid was ruined in Los Angeles in 2000 thanks to a garbage Brian Shaw bank shot three-pointer, suspect foul calls that favored (guess who?) the Lakers and the worst shooting fourth quarter in Blazers history. The Lakers-to-Blazers free throw disparity in that game was an unheard of 37 to 16.

For Grizzlies (n/a) fans: Pau Gasol mails in his last season for your team only to lower his trade value so the Lakers could poach him from you for nothing. Your reward for rooting for Pau all those years in Memphis? His stiff brother Marc.

For Suns (2-1) fans: actually, you've beaten the Lakers in three of your last four playoff series meetings...but as longtime division rivals you have every right to hate them.

For Clippers (n/a) fan: with your one chance of defeating your cross-stadium rivals in a playoff series on the line in 2006, they choked against the Suns after being up 3-1 and ducked you.

You're probably saying to yourself: I get it, I hate the Lakers. But why should I root for the Nuggets?

I'll tell you why.

First off, over the course of our franchise history we've never done you any harm. Up until very recently you didn't even cringe when you saw the Nuggets coming up on your schedule.

Secondly (and I'm exempting Houston and the Clippers here), like you we're a small market team. We get limited dollars from local sponsors, local TV deals and ticket revenue from fans who don't make that much money in the first place.

Thirdly, like most of you I root for the team I grew up with, not the one that happened to be winning when I was old enough to understand basketball (like my Benedict Arnold brother who roots for the Lakers). I've literally been going to Nuggets games since I was in the womb. There's no such thing as a bandwagon Nuggets fan, just as there's no such thing as a bandwagon Spurs, Jazz, Kings, Timberwolves, Suns, Rockets, Grizzlies or Clippers fan (except my friend Matt in LA who abandoned 30 years of Lakers loyalty to root for the Clips in 2006...not uncommon among Lakers fans, by the way).

All that said, the Nuggets are in trouble. After playing relatively well, fearless and aggressively for four straight games against the Evil Empire, they reverted to their former knucklehead selves in their Game 5 loss at Los Angeles and now face a daunting task. Only 17% of all teams in NBA history have come back from a 3-2 conference finals series deficit to win the series and march on to the Finals. You all should know, because many of you have been on the wrong side of this equation against the Lakers.

The Lakers are on the verge of appearing in their 30th NBA Finals, the Nuggets are fighting for the chance to make their first. If the Nuggets can somehow pull this off, they will proudly represent every small market team that's ever tried to take down the Evil Empire. In other words, we're in this together.

So please join me in rooting for my Nuggets. All I ask is that you ask your readers to do the same. You can even post this letter on your blogs if you want. Anything you can do to sway the energy of this country's true NBA fans towards our side would be sincerely appreciated.

I thank you in advance for your consideration and hope you join me in emphatically saying: GO NUGGETS!!

www.denverstiffs.com
Like all denizens of Nuggets Nation, I'm going to be a nervous wreck leading up to and during game time. I still firmly believe that the Nuggets will win Game 6 and have a shot at stealing the series in Los Angeles on Sunday. But in order for this to happen, the Nuggets will need to play extraordinary for two straight games.

As always and more than ever...