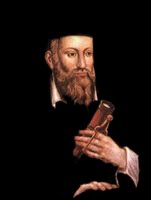 I guess I can paste the text from my earlier preview after all. Of course, the Nuggets scored 26 less points than I predicted and won by only 17 points rather than the 30 I forecasted. So you can't call me Nuggetsadamus...yet!

I don't know about you, my fellow Stiffs, but when the Nuggets are on the road I like watching the opposing team's broadcast whenever possible. I can usually tell you everything Scott Hastings and Chris Marlowe will say before they say it, so it's nice to get an alternate perspective on our Nuggets when the opportunity presents itself. And since tonight's game was on NBATV, I was able to do that.

The Heat broadcasters pointed out a stat that I don't think Hastings or Marlowe have ever mentioned because even I didn't know this one. They mentioned that the Nuggets are 26-1 (now 27-1) when leading going into the fourth quarter. (I've since looked online to verify this, but can't seem to find it handy). If this is true, that's a remarkable number. 27-1 means that the Nuggets are damn good closers, even if they give away big leads early like they did again tonight.

This was a great win and exactly what we needed to recover from that debacle in New Jersey. I have no expectations going into the Magic game tomorrow, but nothing surprises me anymore from our Nuggets this season. Congrats to George Karl and the players on a solid road victory.

On a side note, J.R. Smith has just been announced as Rudy Gay's replacement in Saturday's dunk contest. After the Magic game tomorrow, Denver Stiffs will dive into the All-Star Game in greater detail.

Rather than preview tonight's matchup against the Miami Heat, I'm going to write what I hope will be my recap post after the game concludes...

I really felt bad for the Heat tonight. After being pummeled by 44 points against the New Jersey Nets on Saturday, the Nuggets clearly stewed on that embarrassment for the past three days and took it all out on this Miami team. The Heat just didn't see it coming as they allowed the Nuggets to post 125 points on them while only mustering 95 for themselves.

Instead of partying late into the South Beach night (as they've allegedly done in the past on trips down there), the Nuggets players were clearly focused on crushing the Heat tonight and regaining some of their credibility as one of the NBA's elite teams. After all, the Heat had previously won their last four home games by an average of 16.5 points and yet the Nuggets turned them into a CBA team tonight.

Only time will tell, but it looks like that atrocious game in New Jersey might have been aberration in what has otherwise been a splendid Nuggets season. Given that the Nuggets were able to rest their starters for the entire fourth quarter in Miami, I'd love to be optimistic about the Magic game tomorrow night. But as we saw over the weekend, resting one night does not guarantee a great effort the following night.

Regardless of what happens in Orlando, it's nice to know that this Nuggets team has heart and guts and can respond with a phenomenal effort after such a devastating loss.

So what are the chances I can just copy and paste that after the Heat game tonight? Go Nuggets!!