Share All sharing options for: The first ever Denver Stiffs book review... 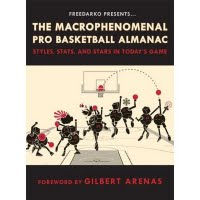 If you're looking for a last-minute Christmas or Hanukkah gift for a friend who loves the NBA, I'm strongly recommending FreeDarko presents The Macrophenomenal Pro Basketball Almanac: Styles, Stats, and Stars in Today's Game.

In a one-of-a-kind analysis of the NBA and its stars, Freedarko (of freedarko.com blog fame) has established himself not only as an NBA aficionado, but a gatekeeper of the game’s heart and soul. The Macrophenomenal Almanac is almost biblical in its portrayal of the game, and should sit inside every hardcore fan’s nightstand replacing Gideon's Bible.

The Freedarko manifesto breaks the game down to its root parts and breathes life into statistics never-before-seen. From the all-time cancers (like former Nugget Cadillac Anderson) to a breakdown of the NBA’s worst draft (2000), the almanac praises greatness and decries anything that can hurt the game.

Freedarko brings a deeper understanding to the game through philosophy and artistry. Players are brought to life using psychological and social theories, scientific principles and mathematical formulas to categorize their levels of success and failure. They even dedicate an entire chapter to Carmelo Anthony (see the art samples below), claiming he's "the game's most elegant scorer and most eligible cool kid" and "no one's made something of himself quite like Carmelo Anthony." 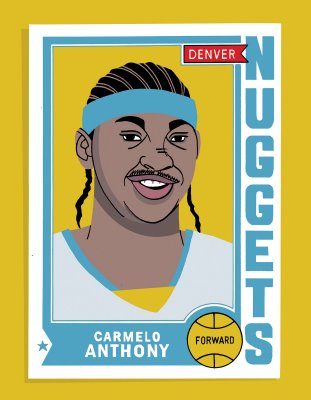 Throughout this beautifully printed hardcover almanac, Freedarko peppers his book with interactive charts and graphs (see sample below on Melo's "style guide"). These reveal everything from a players' "spirit animal" to how the best rip an opponent’s heart out and step on it en route to a monster dunk making the read enjoyable. 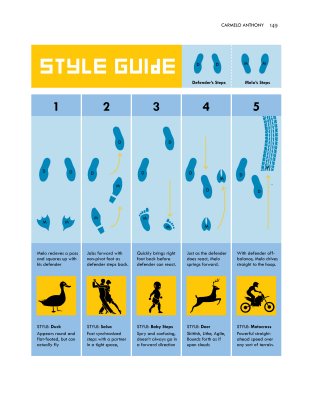 The book is not without its faults, however, and Freedarko gets a few things wrong. For example, the year Michael Jordan’s dad died was 1993, NOT 1998 as the book contends (that's NBA blasphemy). And Tracy McGrady was beaten in the first round by the Pistons in 2003 after going up 3-1 in the series, not 3-0 and not 2004.

But the small misses aside, the almanac provides insights to the game from a spiritual and philosophical standpoint which by no one has ever measured the NBA.

Freedarko reaches deep down into the guts of the league and doesn’t just find what makes it tick, he finds its soul and what makes the game enlightened.

And of course, if you'd like to order a copy of my book while you're at Amazon.com ordering this one, I won't complain.