Going into opening night at Salt Lake City next Wednesday, Nuggets fans are going to hear over and over about how onerous the Nuggets schedule is out of the gate. And it will be. And the Nuggets will start out 0-3 (especially with Carmelo Anthony suspended for the first two games). But don't panic. After dissecting the Nuggets entire 2008-09 schedule, I believe they're going to finish 46-36 and squeak into the 8th seed in the Western Conference. Here's how...

Outlook: If you quickly glance at the Nuggets October/November schedule, you'll see contests like @ Utah, @ the LA Clippers twice, vs. LA Lakers and @ LA Lakers, @ Boston, @ Cleveland and @ San Antonio. Yikes! But don't cancel your season tickets yet! If you look closer, you'll see that the Nuggets have home dates against teams they crushed at the Pepsi Center last season, like Dallas, Memphis, Minnesota, Milwaukee and Chicago, with at least two days rest before each of those home games. I see the Nuggets starting 0-3, climbing back to 3-3, and finishing 10-8 with just two home losses: to the Lakers and either New Orleans or Houston, both of whom they play on the second of back-to-backs.

Big Game #1: 10/31 @ LA Clippers. Former Nugget Marcus Camby and his new Clipper teammates will be fired up to take advantage of a Melo-less Nuggets team in the Clippers' second home game of the season.

Big Game #2: 11/1 vs LA Lakers. Historically, the Nuggets get teams like Seattle or Minnesota for their home openers. Not this year. In Melo's first game back, the Nuggets get their first shot against the team that humiliated them in the 2008 playoffs, and yet the two teams finished just seven games apart in regular season record. I'm also anxious to see how the Nuggets' small ball lineup matches up with the Lakers' giant front line.

Big Game #3: 11/13 @ Cleveland. The Nuggets have several big road games in November, the first being at Cleveland. This will be a great test to see how good this incarnation of the Nuggets will be on the road in 2008-09.

Big Game #4: 11/30 vs Houston. The Nuggets play three superior Western Conference teams at the Pepsi Center in November: the Lakers, New Orleans and Houston. All three come on the second night of back-to-backs, so its likely the Nuggets will go 0-3 in these games. But if they can somehow finish 1-2 or even better, 2-1, in these tough matchups, this will be a sign of good things to come.

Outlook: The Nuggets have some tough outings in December, including a Texas two-step at Dallas and at Houston (on a back-to-back), at Phoenix one night after facing Cleveland in Denver, and a home-and-home against division rival Portland.

Big Game #1: 12/15 @ Dallas. Any time the Nuggets play Portland, Dallas or the Clippers is big because playoff tie-breakers will be on the line.

Big Games #2 and 3: 12/22 vs Portland and 12/23 @ Portland. Right before Christmas, the Nuggets have a home-and-home with their division rival Portland Trailblazers. Luckily the Nuggets get the first of the back-to-backs at Denver before going into Portland against their taller, younger and deeper rival.

Outlook: After playing at Oklahoma City (read: trap game!), the Nuggets have a seven game home stretch with no back-to-backs. That's the good news. The bad news is that only two of those seven matchups are against teams that missed the playoffs last season. Regardless, the Nuggets should win a lot of games in January, a month in which they play 10 of 14 games at Pepsi Center. If they don't take advantage of this scheduling, it'll be season over.

Big Game #1: vs Dallas 1/13. Again, the Nuggets need to secure the tie-breaker over the Mavericks and this game should be no problem as the Nuggets will be coming off three days of rest.

Big Game #3: vs Utah 1/25. In late January, the Nuggets get their first shot against division rival Utah at the Pepsi Center. The Nuggets will have four full days of rest prior to this matchup, so - barring injuries - there will be no excuse not to produce a good effort.

Outlook: When I initially looked at the February schedule and saw eight straight road games, my jaw dropped. But upon closer inspection, the Nuggets eight game road streak is split between five games before the All-Star break and three more afterward. And what about the Nuggets home games, you ask? How does San Antonio, Boston and the Lakers sound for three of your only four home games. Ugh.

Big Game #1: @ Philadelphia 2/18. The Nuggets weren't able to secure a win against the 76ers in Allen Iverson's return to Philly last season, and now the 76ers are even better. Plus, Andre Miller always plays well against his former team.

Big Game #2: vs Boston 1/23. It's always a big game when the defending NBA Champions come into your gym. The Nuggets put together a masterful effort in beating the Celtics last season, but both teams will be playing on the second of a back-to-back this time.

Big Game #3: vs LA Lakers 2/27. The Nuggets get their second home game against the likely Western Conference Champions four nights after the Celtics game. If the Nuggets are really struggling by then, maybe the organization will pull a Rockies move and charge more for these tickets (as the Rockies did when the Yankees came to town two summers ago). 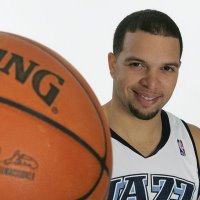 Outlook: After what's sure to be a tough February, the Nuggets should get back on target in March, where half their games are at the Pepsi Center and road games include at Indiana, at Sacramento and at Memphis.

Big Game #1: vs Portland 3/5. During what will probably be a heated battle for a playoff seed, the Trailbazers come to Denver for a Thursday matchup to be aired on TNT.

Big Game #2: at Utah 3/6. One night after duking it out against Portland, the Nuggets have to travel to Salt Lake City for a Friday night game against the Jazz. The Nuggets almost never win Friday and Saturday night games in cities where there's nothing else going on and the fans are nuts...but hey, anything is possible, right?

Big Game #3: vs LA Clippers 3/14. Assuming he's healthy this late into the season, Camby makes his first appearance as a Clipper in Denver, and its sure to be an emotional night. Don't be surprised if playoff seeding is on the line with this game, too. Two nights later, former Nugget Eduardo Najera and his New Jersey Nets come to town.

Outlook: The Nuggets have two tough home games (vs Utah and the LA Clippers) and two tough road games (at the LA Lakers and Portland) in a two-week span. If the Nuggets are still in contention for the playoffs at this point in the season, this last month will mirror last April, where every game was a big game.

Big Game #1: vs LA Clippers 4/4. Just three weeks after seeing Camby and the Clippers in Denver, they come back for what's sure to be an exciting Saturday night game.

Big Game #2: at Portland 4/15. For the last game of the season, the Nuggets will be playing at Portland and various postseason scenarios could be in play, in addition to division pride.