The Nuggets loss is the Rockets gain...

Share All sharing options for: The Nuggets loss is the Rockets gain... 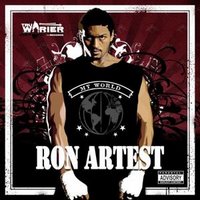 It's pretty much official: Ron Artest is now a Houston Rocket. Artest - a guy Mark Warkentien and Rex Chapman were ready to trade for last season but George Karl negated bringing to Denver - will make the Rockets significantly better. Throw in the addition of Brent Barry to spread the floor and Houston, if healthy, might be a top three team in the West. So we can just add them to the list of Western Conference teams the Nuggets will be lucky to beat once next season.

Since being promoted to head GM in May of 2007, the Rockets' Daryl Morley has hired Rick Adelman as head coach, traded second round pick Sasha Kaun (who?) for second rounder Carl Landry, traded Vassilis Spanoulis (another who?) and a future second rounder for Luis Scola, signed Dikembe Mutombo, extended Luther Head, signed Brent Barry and has now acquired Ron Artest for the nominal price of Bobby Jackson and a future first round pick while only adding about $2 million more to their salary cap position.

If Mr. Warkentien is serious about playing chess, I suggest he take lessons from Mr. Morley.